A brutal child abuse turned homocide case puts Forensic Investigator Jade MacNeil in the center of The God's Eye Project, a technology that taps into the very fabric of time in order to uncover the facts. But what Jade MacNeil discovers is a shocking truth about herself that threatens to shatter everything she thought she knew!

What if scientists could capture a video of a subject's thoughts and memories? That's the promise of the God's Eye Project. However, the immature brain scan technology delivers spotty results - until a subject claiming to be psychic is scanned, revealing a fly-on-the-wall view of a mysterious house, and recent act of child abuse-turned-homocide.

The startling brain-scan findings must be confirmed to secure the funding needed to keep the project alive. Forensic Investigator Jade MacNeil is brought in to work with homocide to do just that - and deliver the evidence that will put the perpetrator in jail for life.

The abuse case becomes personal for Jade as she is drawn inexorably to the helpless eight year old victim. Tensions mount as her investigation delivers little evidence of the viability of the God's Eye project, but unexpectedly reveals clues to a terrible family secret kept from Jade for decades. 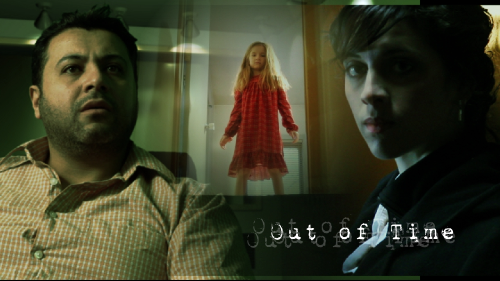 As time to save the project runs out, Jade is is convinced answers can be found in the mysterious house from the brain scan. What she discovers is a supernatural connection with her own mysterious past, and unexpectedly, the power to experience a healing she never even knew she needed.

The film's title carries a double meaning, referencing both the tension filled investigation that's running out of time, and the mystery whose answers can only be found by reaching into the past. An unexpected twist at the end brings Out of Time to a satisfying conclusion, leaving the viewer with a poignant message about how the power of faith in Jesus Christ can bring healing that bridges generations.

American Dream Official Music Video from the Film "Out of Time"

Music from Out of Time